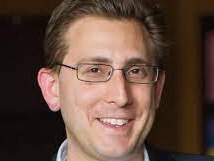 “Worker Signals Among New College Graduates: The Role of Selectivity and GPA”

Recent studies have found a large earnings premium to attending a more selective college, but it remains unclear how much of this premium is due to human capital effects and how much it reflects a signal of worker ability. In order to shed light on this question, I develop a theoretical framework involving multiple-dimensional signaling that produces both static and dynamic predictions that differ from a human capital framework. I then test these predictions using three datasets that span the time periods from the mid 1970s through late 1990s. The results indicate that much of the earnings premium at jobs soon after graduation among college graduates at selective schools results from signaling; furthermore, this effect has grown more pronounced over time.

This paper explores the short- and long-term impacts of graduating high school during an economic recession on the labor supply, education, and home production choices of women. I develop a simple, discrete choice framework that allows an initial labor demand shock to have persistent effects on wage offers, and through them, the choice of activity. I test the framework’s implications with the National Longitudinal Survey of Youth 1979, which can be used to track individuals who graduated from high school between 1975 and 1983. For identification, I exploit both temporal and spatial variation in unemployment rates. The results support the hypothesis that women who graduate during a period of high unemployment reduce their labor supply in the short run, and substitute into home production. There are minimal, if any, long-term impacts on labor supply or education. In contrast with studies that have found persistent, negative wage effects to graduating in a recession among college-educated men, there is only a minimal and short-lived impact on wages in the sample.

Decades of research on the narrowing of the gender gap in wages documents its proximate determinants, but less is known about why women changed their career investments. We explore the role of changes in women’s ability to time childbearing induced by the introduction of “the Pill.” Using birth-cohort-by-state variation in Pill access before 21, we find that women with earlier access to the Pill invested more in market skills and earned an 8 percent hourly wage premium by age fifty. Pill-induced improvements in skill upgrading accounted for roughly 10 percent of the narrowing of the gender gap over the 1980s.