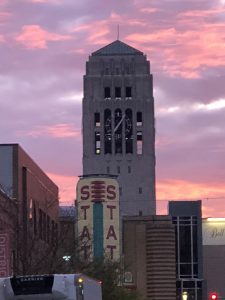 The University of Michigan’s Population Studies Center (PSC) was established in 1961, originally as a unit within the Department of Sociology. Its original location was in Ann Arbor’s Michigan Theater building; (in “A Life in Sociology,” (Annual Review of Sociology 43(1):1-18), Robert M. Hauser wrote that the material for his dissertation was supplied by three huge collections of IBM cards stored by PSC that were seriously damaged by a roof leak at the theater).

In 1966 the Center established close connections to the Department of Economics, and since that time has become increasingly interdisciplinary, currently drawing faculty from more than a dozen academic disciplines.

In 1991, PSC became an autonomous unit within U-M’s College of Literature, Sciences, and the Arts (LSA). In 1998, the Center made an institutional move from LSA into the Institute for Social Research (ISR), followed by a physical relocation in 2003. For PSC affiliates, this integration into ISR has heightened opportunities for collegiality and collaborative work, and provided better access to knowledge activities focused on survey methodologies, especially those related to large data collections. 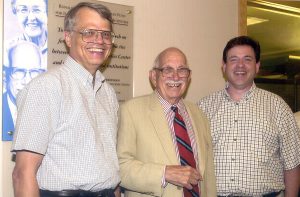 PSC was established with funding from the Ford Foundation, which maintained that support for more than 20 years. Since 1976 the Center has received support in the form of a population center grant from the Eunice Kennedy Shriver National Institute of Child Health and Human Development (NICHD), part of the National Institutes of Health (P2CHD041028). This grant provides support for the Center’s research activities, including staffing.