The Effect of Economic Conditions on Young Adult Behavior 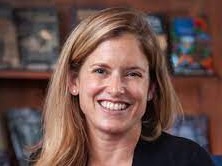 When local economies expand, young people are likely to respond by leaving home to find work, or by attending college to improve skills as the returns to these skills increase. This project extends work from my dissertation in which I show that local economic expansion has a significant impact on the behavior of young adults in terms of leaving home and attending college. I expand that analysis to achieve two main goals: 1) explore whether the impact of local economic conditions on home leaving and human capital accumulation by young adults is symmetric across periods of economic growth and contraction; 2) examine the gender differences in home leaving behavior and in what young adults do after they leave home. I use the large economic expansion in Ireland during the 1990s as the setting for the analysis. Much of the economic expansion in Ireland was driven by foreign direct investment in the form of large factories which opened at different times and in different locations. I use the geographic and time-series variation in foreign job growth as an instrumental variable to identify the effect of economic growth on the behavior of young adults.