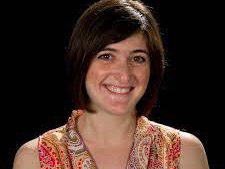 Around the world, women’s movements advocate shifts in gender relations to give women equal access to resources, power, and opportunities. Along with promoting material changes in the lives of women, movement activists also promote ideational change, encouraging a shift in the conceptualization of the roles, rights, and responsibilities of men and women. Preliminary fieldwork conducted during the summer of 2010 will lay the foundation for studying how those messages of social change influence Tanzanians’ lives and guide their behavior. Initial work will investigate the efforts of women’s movement activists to shape the national debate about gender in Tanzania. Research will focus on the messages promoted by movement activists and how those messages interact with dominant conceptions of gender. Fieldwork will also provide an opportunity to establish contacts with potential collaborators, refine future research plans, and strengthen Swahili language skills.