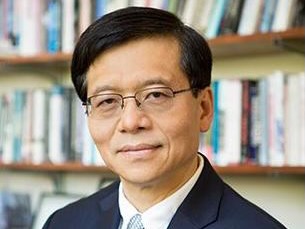 Population Studies Center gave partial support to the 2009 annual meeting of the International Sociological Association Research Committee 28 (RC28) on Social Stratification and Inequality that Yu Xie co-organized at Renmin University in May 14-16, 2009. The Chinese co-organizer was Professor ZHAI Zhenwu, Dean of the School of Sociology and Population Studies of Renmin University. The RC28 meeting is the most important venue for presenting latest scholarly works on social stratification.

The conference was a huge success. It was one of the largest conferences in the history of the organization. 150 scholars presented 110 papers in regular sessions; 90 additional scholars presented 60 papers in posters. A large portion of the papers (perhaps 1/3) were on inequality issues in China. A large number of participants were Chinese in mainland China, Taiwan, and Hong Kong. Given that some Chinese scholars had difficulty understanding English, two-way English-Chinese simultaneous translation was provided for some sessions. News release for the conference (in Chinese) is available at: http://news1.ruc.edu.cn/102449/102450/102499/63981.html.