Racial disparities in the timing of hypertension onset: time-use as a proxy for early-life disadvantage and predictor of stress and early-onset hypertension. 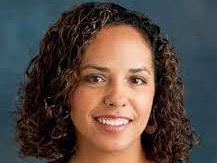 One of the most persistent health inequities in the U.S. is in hypertension prevalence among racial/ethnic groups, with non-Hispanic blacks having significantly higher rates compared to non-Hispanic whites and Mexican Americans. Increasingly, evidence shows that differentials are evident by young adulthood, and black women in particular, experience the steepest age-gradient increase in hypertension as they age from adolescence through middle adulthood. In my research, I aim to consider how time-use may be socially patterned in adolescence and young adulthood, such that there may be racial/ethnic, gender, or socioeconomic differences in the opportunities, demands and stressors faced by youth in everyday life that contribute to the timing of hypertension onset across race and gender groups. With support of the Marshall Weinberg Research Fellowship, I will conduct population-level analyses that describe time-use variations among youth and whether these may affect the probability of early onset hypertension across groups. Second, I will implement qualitative in-depth research with adolescent girls in metro-Detroit to delve further into how varied social and environmental contexts structure their time-use, exposure to stressors, and approaches taken for coping with them.