Protected Areas, Carbon Emissions and Demographic Change in the Amazon 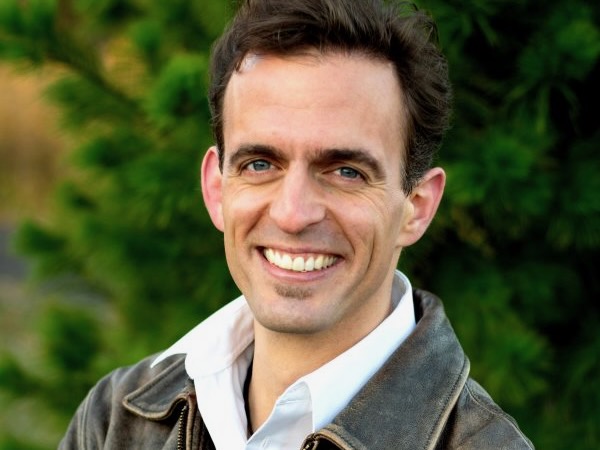 Tropical forests rank high on the global climate agenda. Harboring some of the largest terrestrial carbon stocks, they have also become the source of almost a fifth of anthropogenic greenhouse gas emissions (IPCC 2007) caused by large-scale logging and agricultural conversion. Economists suggest that the reduction of deforestation and forest degradation may become a cost-effective strategy to mitigate emissions, promising co-benefits for biodiversity and livelihoods of the forest-dwelling poor.

Protected areas (PAs) are probably the most widespread instrument for forest conservation worldwide. In 2009, about 27% of tropical forests had been put under some form of official protection (Nelson & Chomitz 2009). Site establishment and consolidation have attracted hundreds of millions of dollars from international donors. Yet, effectiveness and impact of such interventions remain contested. Major disagreement exist on whether PAs actually reduce the degradation of forest ecosystems (Chape et al. 2005; Hayes 2006; Pfaff et al. 2009), whether they displace local people and exacerbate rural poverty (Cernea & Schmidt-Soltau 2006; Agrawal & Redford 2009; Curran et al. 2009), and whether approaches reconciling conflicting conservation and development goals have been able to live up to their promises (McShane et al. 2010; Oldekop et al. 2010).

Brazil provides a uniquely relevant case to study protected area impacts. Containing the planet’s largest rainforest, the country is the main emitter of forest-based greenhouse gases as soy and cattle farms advance into the Amazon Basin (FAO 2010). Brazilian governments and international donors have invested heavily into site-based conservation, doubling the area of federal and state PAs between 2003 and 2006 to more than 800,000 km² (Soares-Filho et al. 2008). At the same time, Brazil’s disconcerting placement as one of the world’s 10 most unequal countries in terms of income distribution (CIA 2011) fuels concerns about the social effects of such conservation policies.

For my dissertation, I propose to conduct a rigorous assessment of financial support to Amazon protected areas in terms of impact on carbon, demographics and poverty. Drawing from recent advances in the assessment of protected area impacts, esp. spatially explicit matching strategies (Pfaff et al. 2009; Andam et al. 2010; Ferraro & Hanauer 2010; Soares-Filho et al. 2010; CanavireBacarreza & Hanauer 2011; Ferraro et al. 2011), my analysis seeks to answer two sets of questions: 1. What is the impact of protected areas in the Brazilian Amazon on a) carbon stocks, b) poverty levels, and c) population densities? How is impact mediated by poverty and demography? 2. How do site-level impacts vary according to a) the amount and type of financial support to PAs, and b) whether or not PAs allowed for human settlements and resource extraction? Brazil’s national research institutions possess data of exceptional quality and coverage to answer these questions. However, publicly available datasets are usually aggregated, allowing only for the identification of coarse patterns. Both quality and power of my analysis would be greatly enhanced through a direct and intense collaboration with Brazilian partner institutions. More specifically, I propose to visit and work with 1) the Brazilian Institute for Geography and Statistics (IGBE, Rio de Janeiro), coordinator of the national censuses in 2000 and 2010, for the development of high-resolution maps of both population densities and poverty, 2) the National Space Research Institute (INPE, São Paulo), a regional leader in the development of high-quality forest cover change datasets, as well as 3) the Brazilian Biodiversity Fund (FunBio, Rio de Janeiro), which holds detailed datasets about financial support to protected areas and already agreed to collaborate in their analysis. Marshall Weinberg Population, Development and Climate Change Fellows Program Christoph Nolte (5489 3043) September 29, 2011

The proposed research contributes to the literature on climate change, demography, and development in several aspects. Within Brazil, it will be the first large-scale analysis to estimate societal impacts of site-based forest conservation ex post1 I feel privileged to conduct my research in an academic environment that is as stimulating and supportive as that of the School of Natural Resources and Environment, and I am excited by the opportunities offered by Marshall Weinberg Population, Development and Climate Change Fellows Program. Engaging in critical scholarly exchange with fellow students and faculty at the Population Studies Center will help me to enrich my knowledge on the analysis of the interactions between demography and environmental pressures. The fellowship will allow me to obtain high-quality datasets, speed up my analyses, and to provide timely inputs into ongoing negotiations on an international financial mechanism for Reduced Emissions from Deforestation and Forest Degradation (REDD+). I therefore hope that you consider my profile as good a match with the aspirations and expectations of the program as I do, and I look forward to hearing from you. . Compared to other rigorous impact assessments of forest PAs, it is the first to consider population density as an outcome variable and to explore how impacts on demography co-vary with impacts on carbon stocks and poverty levels. More relevantly, my analysis is one of the first within the larger literature on the effectiveness of conservation investments to examine the extent to which the heterogeneity of impacts can be explained by the amounts and types of financial inputs from governments and donors. Results will provide first systematic insights into whether and to which extent international projects appear to reconcile or aggravate trade-offs between the diverging goals of climate change mitigation and poverty alleviation. With respect to methods, I already applied and extended the spatial econometric techniques used in the impact evaluation literature cited above, presenting results of preliminary analyses at international conferences and submitting them to a peer-reviewed journal.