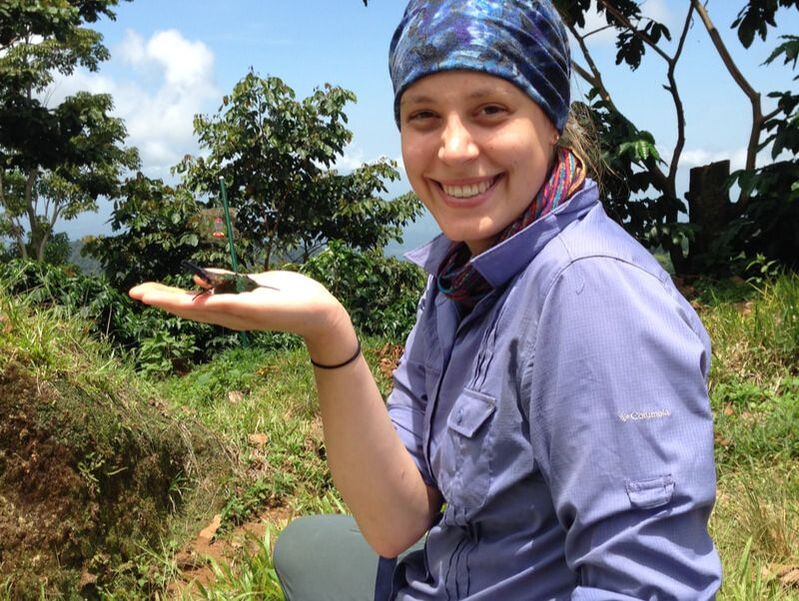 Increasing populations, growing demands for agricultural commodities, and volatile  environmental conditions have created an uncertain climate for small-holder coffee growers in  Mexico. These economic and environmental pressures have increased the demand for quantity  of production, a need for sufficient livelihoods and a greater mandate to meet grow coffee  sustainably. Small-scale farmers are struggling to compete against large multi-national coffee  producers with greater ability to invest in technologies and chemical inputs (Eakin et al. 2006).  The industrialized approach to coffee farming is akin to intensive agricultural across the United  States, with significant investment required and an expanding array of inputs. This is approach is  economically unfeasible for small-holder farmers and environmentally risky. Environmentally,  intensified coffee agriculture is associated with biodiversity loss, soil degradation and pollution  (Martinez-Torres 2008). Improved understanding of the coffee pest system can make biocontrol,  the use of natural enemies to control pests, a viable alternative to pesticides and can help small  landholders compete with industrialized coffee producers. Many value-added certifications, such  as bird-friendly or organic labels, require that farmers maintain biodiversity in their farms and  limit their chemical usage. Thus, biocontrol offers an alternative to industrialized methods and  the potential to improve livelihoods. Certification can help farmers differentiate their product  while avoiding input-intensive techniques and improving environmental sustainability (Kilian et  al. 2006; Blackman & Naranjo 2012).

Coffee is an important agricultural commodity, grown on 11 million hectares of land and  providing livelihood to 25 million producers globally (Rice 2003). Two-thirds of the global  production of coffee is in Latin America, making the sustainability of Latin American coffee  systems of paramount significance to the livelihoods of those who grow it and the ecological  sustainability of the region (Brown 2003). As Mexico’s coffee sector continues to develop, rural  populations are facing new pressures. Pests continually threaten coffee production, and their  impacts are anticipated to increase with global change (Gay et al. 2006). The range of pests is  expected to increase with rising temperatures, and warmer temperatures have been shown to  facilitate a greater number of generational cycles per year in certain coffee pests (Gay et al.  2006; Jaramillo et al. 2009). Pesticides are not a sustainable solution, given their economic and  ecological cost. A thorough understanding of the ecological interactions is essential to  facilitating adaptation for global change, including years of drought or higher temperatures.

Pests are among the most pervasive threats to coffee systems. Generalist pests, which  consume a range of plants, and specialist pests, which focus on a few plants, predate on coffee  plants. Particularly in coffee agroecosystems, where coffee (usually the Coffea robusta variety) is grown among other crops and trees, the pest community is entangled in a web of pest  interactions. One of the most ubiquitous pest interactions occurs between a tree-dwelling ant in  the genus Azteca and a sap-sucking insect, Coccus viridis, known colloquially as green scale.  The ants protect the scale from its enemies and facilitate high densities of scale on coffee plants  near ant nests. The ants frighten away or physically remove pests that might compete with the  green scale for the plant’s resources or that pose a threat to the scale (Perfecto & Vandermeer 2006). In response, the ants feed on a nectar excreted by the scale. This network of ecological  interactions has a strong spatial dimension, driven in part by this ant-scale dynamic (Perfecto &  Vandermeer 2008). However, most of the research to date has focused on the network of pest  interactions rather than the impact of the coffee. I will link the pest network to yield and fitness  outcomes of the coffee.

In ecology, optimal defense theory predicts how plants defend themselves. The theory  states that plants should balance the cost of producing different defenses based on how likely  they are to be attacked and how valuable the plant tissue is (Coley et al. 1985). For example,  reproductive plant tissue is more important than a leaf to a plant’s overall fitness. Induced  chemical defenses, those which are triggered by an external cue, should allow plants to allocate  defensive resources to the site of attack and at an appropriate time. The ability of plants,  including coffee, to induce chemical defenses when herbivory occurs is well documented  (Bezmer & Van dam 2005). I will focus on how caffeine production is stimulated (i.e., induced)  by pests and the role of this defensive compound on coffee plant fitness.

My research methodologies are structured around two primary objectives. First, I aim to  characterize the chemical response of coffee to the feeding of herbivores. Second, I will assess  the impact of caffeine on the fitness of the individual coffee plants. In the assessment of  caffeine’s impact, I will look at the direct impact on herbivory and indirect impacts of  herbaceous competition—or weeds growing around the plant—and pollination. Quantifying  these impacts will elucidate how natural pest interaction between the ants and green scale might  serve as biocontrol and, thus, an alternative to chemical use.

Laboratory studies have shown that the green scale can induce caffeine production,  though the results have not been replicated in the field (Fernandes 2011). I plan to repeat this  study in the field by comparing plots where the ants and scale are present and excluded. Using  varying levels of herbivory will allow me to test the relationship between caffeine and pests.

Next, I will assess the effect of caffeine on pests. Caffeine has also been shown to deter  herbivores, functioning as a pesticide, although past research has shown an effect on generalist  pests only (Ashihara et al. 2008). Coffee specialists are thought to be well adapted to coffee’s  defenses, including caffeine (Gontheir et al. 2013). It is not known whether generalists are  behaviorally excluded by Azteca ants (in their protection of the green scale) or excluded due to  defensive compounds. I intend to survey several plots, comparing pest density and caffeine, and  to test the mortality of different pest species when exposed to coffee seedlings with various  levels of caffeine.

The second part of my assessment looks at indirect effects of caffeine on the coffee  plants. Research has demonstrated the ability of caffeine to reduce plant competition, acting as  an herbicide for many species (Chou & Waller 1980). Leaching from roots and falling leaf litter  leads to more caffeine in the soil around coffee plants. I will survey the understory vegetation  and rest the tolerance of the common species to caffeine. Finally, pollinators respond to caffeine in nectar with increased likelihood of initial and return visits (Wright et al. 2013). This may  increase fitness of the plant by boosting fruit set, despite the negative impacts of herbivory. Comparing the frequency and duration of pollinator visits across a gradient of caffeine contents  will allow me to determine the relationship between pollinator fidelity and caffeine.

I will work in the Soconusco region of Chiapas, Mexico at the Finca Irlanda coffee farm.  Finca Irlanda is a fully operational coffee farm that has a long-standing relationship with  University of Michigan researchers, including my advisor, Dr. Ivette Perfecto. This will be  essential to advancing my dissertation because the site history is well-known. I have the full  support of Walter Peters, the owner of the farm, in carrying out my work.

Biocontrol in coffee agroecology systems impacts the ecological sustainability and  economic viability of small-holder coffee agriculture throughout Latin America and the rest of  the Global South. Understanding the ecological interactions has implications for the livelihoods  and sustainability of rural populations, particularly in the context of development and climate  change. The current gaps in understanding of agricultural systems are a barrier to  operationalizing sustainable agricultural practices. Better understanding of optimal defense  theory is the first step in operationalizing interspecies pest interactions to better the lives of  small-holder coffee farmers.

The academic implications of this research are novel, with the potential for significant  scholarly contribution. I intend to publish the research in high-impact journals and present at  conferences in my field (e.g., Ecological Society of America). The networks already established  within my research group will also allow me to disseminate my findings with farmers, who are  most directly affected by my results. I will use existing extension networks to present my initial  findings to farmers. This research will propel my academic career by supporting my PhD  research. Furthermore, the results of my research will contribute to the scientific body of  knowledge on pest interactions and agricultural biocontrol and help coffee farmers make more  informed decisions. By working toward sustainable economies and environments for rural  communities, my research connects directly to the goals of the Weinberg Population,  Development and Climate Change Fellows program goals.