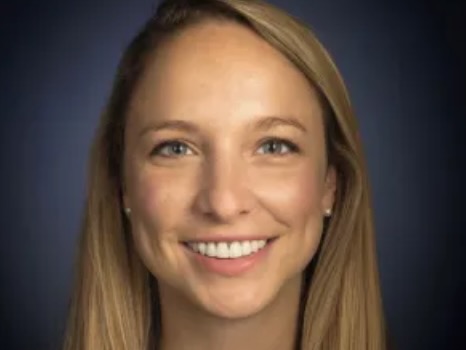 Urbanization, population growth, and economic development are rapidly transforming cities around  the world. For the first time in history, the majority of the earth’s population is urban. These changes have  placed a huge strain on resources and infrastructure and introduced a host of other problems. One of the  major challenges that cities face is climate change. On the one hand, urban areas are major contributors to  climate change, being responsible for the majority of global energy consumption and greenhouse gas  emissions. On the other hand, densely populated cities, many of which are located along coasts, are  particularly vulnerable to climate change impacts like sea-level rise and extreme events. Finally, studies have  shown that due to the heat island effect, urban areas are experiencing amplified warming effects. This  confluence of factors has led to an increasing focus in academic and policy research on improving urban  resilience to climate change. This necessarily includes both mitigation, in the form of reducing emissions,  and adaptation to the inevitable impacts of climactic change.

The power sector is central to both climate change mitigation and adaptation efforts in cities. First,  the majority (64%) of global greenhouse gas emissions come from the energy sector, and 28% specifically  from electricity and heating (C2ES 2005). Therefore, clean energy technologies are essential to mitigating  future climate change. Electricity is also of vital importance to modern urban life and economic functioning.

When there are power outages or fuel shortages the entire industrialized economy comes to a standstill. Over  time, these economic impacts can trickle down and erode individuals’ financial resources, which in turn may  diminish their basic adaptive capacity. Moreover, many of the modern technologies like air conditioning that  can also improve their coping capacity to climate impacts (such as heat waves) require electricity. Thus, the reliability and robustness of the power sector can have tremendous impact on the resilience of urban  populations.

The notion of resilience is itself a highly relevant concept. Originating in the 1970s in the field of  ecology, the theory has gained increasing traction in recent years with academics, policymakers, and international organizations like the United Nations and ICLEI. Proponents argue that resilience is “the next  big thing”; a new paradigm much more appropriate for a world of uncertainty and transformation than  sustainability (Cascio 2009). Scholars are increasingly applying the concept of resilience specifically to the  urban setting to reflect on cities’ capacity to respond to climate change (ex. Cutter et al. 2008; McDaniels et  al. 2008; Tanner 2009; Wardekker et al. 2010). While this is a “burgeoning research area”, there is a clear  call in the literature for more empirical research that attempts to apply or measure urban resilience  (Leichenko 2011: 166). There have also been studies that looked specifically at the resilience of energy  systems (ex. McLellan 2012; Molyneaux et al. 2012). However, they have not looked at the urban scale.

These issues of energy and climate change resilience are particularly relevant to the burgeoning cities  in industrializing countries. According to the International Energy Agency (2010), between 2005 and 2030,  89% of urban population growth and 80% of growth in electricity demand will take place in non-OECD  countries, particularly in Asia. The additional infrastructure needed in these cities could provide an  opportunity to implement new, more resilient technologies. However, current scenarios predict the continued  dominance of fossil-fuels, meaning increased greenhouse gas emissions and climate change impacts. This is  problematic since developing countries are the most vulnerable to the effects of climate change (UNFCCC  2007). Within these countries, it is suggested that marginalized groups and the urban poor are particularly at  risk (World Bank 2012).

In my research I will bring together all of these issues by focusing on improving urban energy sector  resilience in the face of climate change in developing countries. I will explore how a city’s electricity  infrastructure and the institutions and policies governing the energy sector affect its sustainable development.  I will also study how the power system serves the needs of the city’s population and impacts their resilience  in the face of climate change. Thus, this research clearly connects issues of development, demography, and  climate change.

I am particularly interested in the intersections between climate change mitigation and adaptation that  might arise when resilience principles are applied to energy systems. For example, introducing renewable,  distributed power generation would improve the resilient system characteristics of diversity and  decentralization, while reducing carbon emissions and the vulnerability of the electricity grid to natural  disasters (thereby increasing adaptive capacity). I also want to look at the governance of the power sector,  since the literature suggests that particular “characteristics of urban governance” foster resilience (Leichenko  2011: 165). My interest in this topic stems from my master’s fieldwork and research, which I conducted in  Thailand in 2010. For that study, I examined the contribution of renewable energy policies to the resilience  of the power sector. I looked both at the physical electricity system and the way the energy sector was  governed. I hope to further develop these ideas and expand my knowledge of Southeast Asia in my  dissertation research, while focusing more exclusively on the city level.