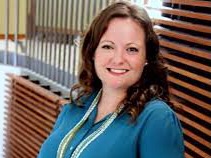 Access to safe abortion is a human right, yet unsafe abortion remains a critical public health issue worldwide (Shah, Åhman, & Ortayli, 2014). While the burden of unsafe abortion is highest in illegal settings, it does persist in some legal settings-including South Africa and the United States-due to stigma against abortion and unequal access to safe, legal services (Foster & Kimport, 2013; Daniel Grossman et al., 2014; Shah et al., 2014; Trueman & Magwentshu, 2013). As part of my dissertation, which uses a reproductive justice framework to compare abortion stigma in the United States and South Africa, I conducted preliminary fieldwork in South Africa from July to August 2015 with funding from the Population Studies Alumni Grant. The fieldwork allowed me to identify a dissertation objective and specific aims, to better under the context of unsafe abortion in South Africa, and to identify sources of South African abortion data for analysis. During the fieldwork, I conducted informal key informant interviews with (n~20) researchers, policy-makers, policy advocates, and reproductive health workers in Johannesburg and Pretoria (Gauteng province), Cape Town (Western Cape), and Durban (KwaZulu-Natal). I was hosted by the Department of Demography and Population Studies at the University of Witwatersrand, where I also lectured on unsafe abortion and abortion stigma.