Does school context moderate the effect of non-cognitive skills on achievement? 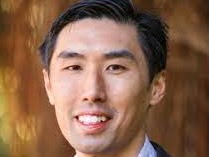 In light of persisting educational disparities between the rich and the poor (Reardon 2011), policy makers in America have increasingly shifted their attention towards efforts aimed at improving students’ non-cognitive skills (NCS), such as motivation, self-control, and grit. Studies from a variety of disciplines confirm that these have an important influence on educational attainment, along with other major social outcomes such as health and labor market participation (Heckman and Kautz 2013). Perhaps more importantly, research finds that these skills are much more malleable than their counterparts, cognitive skills (e.g., IQ). Consequently, some have described developing social policy aimed at building NCS as “a unified strategy” to solving social inequality because of its potential to address a wide range of problems simultaneously (Heckman and Kautz 2013).

Despite their promise, a number of important questions still remain around NCS. Chief among these is the role of social context. In experimental (and quasi-experimental) settings—which characterize many studies on NCS—the role of social context is deliberately minimized in order to establish causality. Yet, a large body of social science suggests that contextual factors (e.g., within schools) likely play a significant role in shaping the extent to which NCS actually influence student achievement. It is possible, for example, that they have a larger payoff in more affluent schools, since students in these settings have more resources and opportunities to translate these beliefs into meaningful engagement and academic growth. A handful of intervention studies have investigated NCS effects in school settings, but these lack the sample size or representativeness necessary to assess their relative effect across different settings. As a result, we have little knowledge of how they differentially play out in the “real world.”

In this study, I begin filling this void by examining how the high school context influences the salience of NCS on student achievement. I focus specifically on the socio-economic composition of students within schools because it is commonly described in the sociological literature as the most critical school factor shaping student outcomes (e.g., Coleman 1966). To further narrow the scope of this study, I focus on one specific type of NCS—students’ self-efficacy. In addition to having important consequences on education achievement, self-efficacy is appropriate for this study because it is thought to be highly sensitive to social context (Bandura 1977).