Blaxit to Mexico: Black Americans and Contemporary Emigration to Mexico 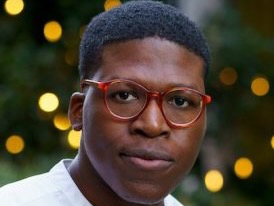 U.S. Citizens do not only live in the United States. We can learn a great deal about American culture, society, values, and behavior by studying Americans outside of America. The scholarly conversation on migration centers around immigration and those who move the United States and the fact, and related reasons why, that the U.S. also has emigrants — those who leave the country temporarily or permanently is overshadowed. Only a few works such as Dashefsky and Woodrow-Lafield’s recent book that examines U.S. citizens moving to Israel and Australia take on the task of systematically exploring American lives abroad as exiles, artists, professionals, and retirees. Further, discussions of Black U.S. Americans remain stuck in the 1960s to 1980s era of expatriation, if not entirely missing from more contemporary assessments. I am curious as to who are the individuals and families that moved to Mexico and other places, what were they in search of and did they find it, do these individuals stay, return to the U.S.A., or move to another country. I aim to contribute to historical and sociological knowledge about U.S. Americans, especially African Americans, interfacing with the global. I seek to contribute to theoretical discussions on assimilation, cultural engagement, belonging, family formation, racialization, and much more. Ultimately, my work will thread together stories from the 1960s and onward of Black American life outside of America and reveal how these individuals contribute to the social fabric of the entire globe.