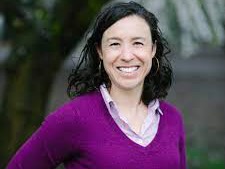 In 2009 more than 700,000 offenders were released from state and federal prisons into the community. Given the lengthening of criminal sentences and the commonality of repeat offending, aging prisoners compose an increasing share of those released. While research has identified the challenges older offenders face while incarcerated, it remains unknown how they fare upon prison release. Aging offenders are a particularly disadvantaged population, bearing a high burden of physical and mental health problems, and likely to have sparse employment histories and strained ties to supportive familial networks. Thus, the hallmarks of successful reentry: establishing housing, employment and a supportive social network would seem to be particularly challenging for aging ex-offenders to achieve.

This exploratory project aims to uncover what constitutes successful reentry for the aging offender and what distinguishes the successful reentrant. Empirically this project will address whether and how released offenders establish necessary material resources, maintain or achieve good health and well-being, and desist from crime. In each aspect of investigation, I ask how success hinges upon the offender’s personal, familial/relational and community characteristics. Theoretically, I aim to integrate desistance literature, which focuses largely upon the roles, relationships and cognitive changes that explain cessation of criminal activity, with theories drawn from social-psychology and aging, which address social integration and general well-being. Data will draw upon longitudinal interviews conducted with older male offenders in the Washington DC area shortly after their release from prison.