Passing of Al Hermalin, a pioneer of population studies 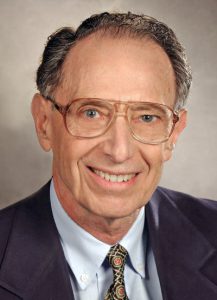 After graduating from City College of New York in 1949 with a degree in mathematics and statistics, Al served in the U.S. Army and worked in the Division of Statistics and Research at the Institute of Life Insurance in New York City. He conducted his graduate studies at Princeton University, where he received his M.A. (1966) and Ph.D. (1969) degrees in sociology and anthropology.

Al joined the University of Michigan in 1967 with appointments in the Department of Sociology and the Population Studies Center (PSC). He served as associate director of PSC from 1972-1976, as director from 1977-1987, and as interim director from 1990-1991.

It’s difficult to overstate the impact that Al had on the field of population studies. Al was instrumental in obtaining major funding for PSC from the National Institute of Child Health and Human Development and the National Institute on Aging. He founded the Michigan Center on the Demography of Aging (MiCDA) and served as its director from 1994-1999, creating an important campus resource for social science research in demography.

During the early part of his career, Al focused on fertility and family planning in developing countries. He led the development of the Knowledge, Attitudes and Practice (KAP) surveys about family planning in Taiwan. Due to the research of Al and his highly collaborative international team, the rapid fertility decline that has now occurred in many nations is more completely understood and better documented in Taiwan than anywhere else in the world.

Later in his career, Al’s research shifted to the demography of aging. Al helped develop research on the demography of aging at Michigan and elsewhere, with major funding from the National Institute on Aging. This work was captured in The Well-Being of the Elderly in Asia (The University of Michigan Press, 2002), which Al edited. Al synthesized the strands of his research in his 1993 presidential address to the Population Association of America (PAA), cleverly titled “Fertility and Family Planning Among the Elderly in Taiwan.” The theme of the address, and of much of Al’s work, was that the situation of the elderly was directly related to the decisions they had made about fertility earlier in their lives. Taiwan’s dramatic fertility decline in the 1960s, strongly influenced by its family planning programs, affected the social and economic situation of Taiwan’s elderly decades later through many channels. 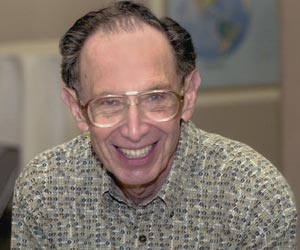 In addition to his election as PAA president, Al’s many contributions to the field were recognized in his selection for the PAA’s Robert J. Lapham Prize in 1989, and his selection to serve as chair of the Population Committee of the National Academy of Sciences from 1985 to 1989.

On a personal note, Al recruited me to Michigan and the Population Studies Center in 1983, when he was serving as PSC director. He was a very supportive mentor who set a great example in all aspects of his career. He created an intellectually stimulating and supportive interdisciplinary environment in PSC. He was very supportive of his graduate students and collaborated with many of them on his projects. I was especially impressed with the deep collaborative relationship he had with his collaborators in Taiwan. This kind of close international collaboration has long been a hallmark of PSC, and Al played an important role in fostering it. Al and his late wife Jolene hosted many wonderful PSC events at their home, setting a tone of friendship and congeniality that permeated PSC. Al was a great friend and supporter throughout my career, giving me friendly advice and support when I became director of PSC and later director of ISR.

Al’s impact on demography and population studies will be felt for years to come. During his time at ISR, Al mentored many young scholars, inspiring the next generation in the field of population studies. His philanthropic spirit led him to start the Al Hermalin Scholar’s Fund, which promotes continuing education, international collaboration, and interdisciplinary research and training through the use of short-term postdoctoral fellowships and opportunities for collaborative research visits. The impact of Al’s commitment to giving back to these scholars is immeasurable. If you would like to make a gift in memory of Al, his family has asked that donations be directed here.

Al was a giant in PSC, ISR, and the demographic community. He was a backbone of the culture in PSC. He was a wonderful colleague, scholar, mentor, and friend who will be greatly missed. Our deepest condolences go out to Ben, Anne, and their families.