DETROIT—Competing concerns about police brutality and high crime rates are reflected in Detroiters’ attitudes toward the police, according to University of Michigan research.

A recent U-M survey finds that about 6 in 10 adult Detroit residents believe police killings of both Black and Latino people are part of a broader pattern of mistreatment of people of color by the police, and would like to see significant police reforms. At the same time, Black, Latino and white Detroit residents were each about three times as likely to say a greater police presence in their neighborhood would make them feel more safe than they were to say a greater police presence would make them feel less safe.

According to the representative survey of Detroit households conducted by U-M’s Detroit Metro Area Communities Study, a significant majority of Detroiters favor police reforms, including requiring police to be trained in nonviolent policing methods (79%), giving the civilian oversight board the power to investigate and discipline officers for misconduct (68%), and using unarmed first responders for mental health calls (66%). 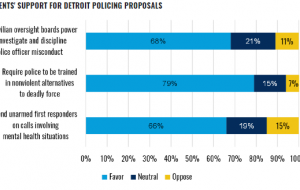 Yet crime also remains a prominent concern among Detroiters. Nearly 3 in 10 Detroit residents said they have been the victim of a crime in the past year (28%), and just under half (46%) of respondents who moved in the past 12 months cited crime and safety as a reason. Among the most likely to report direct experiences with crime were Latino residents (40%), residents between 18 and 40 years old (33%) and lower-income residents (32%).

Indirect exposure to criminal activity follows a similarly uneven pattern. Those living outside of the city’s core were significantly more likely to hear gunshots and witness drug activity in their neighborhoods, relative to those living in the Downtown, Midtown, and The Villages neighborhoods. 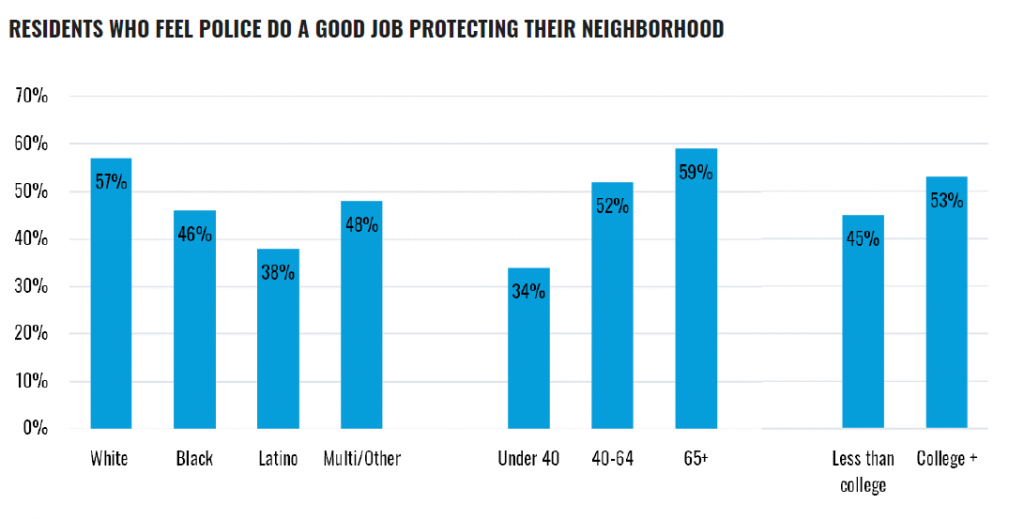 “These findings highlight the complexity of public safety policy in Detroit and in cities across the country. The pressure for reform and for protection, as well as attitudes toward the police, are far more nuanced and complicated than is often depicted,” said Jeffrey Morenoff, one of the faculty research leads for DMACS, professor of public policy and sociology, and research professor at U-M’s Institute for Social Research. 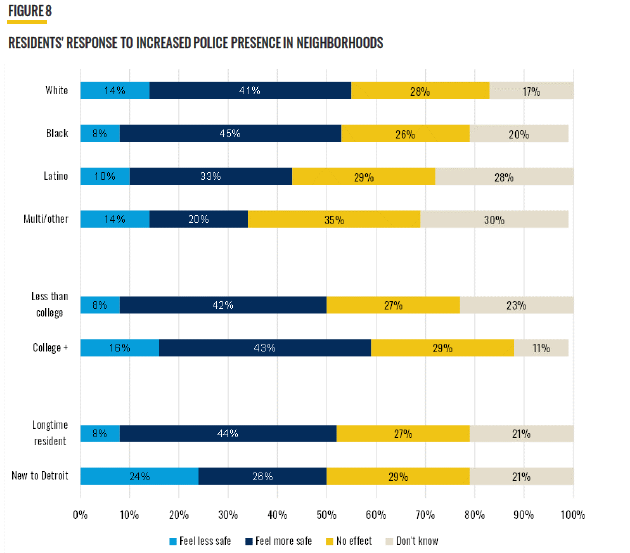 DMACS has been surveying representative samples of Detroiters since 2016. This latest wave of the survey was open from June 2 to July 9, 2021, and captures the views of 1,898 residents. To represent the views of the city as a whole, survey responses are weighted to match Detroit’s population demographics.