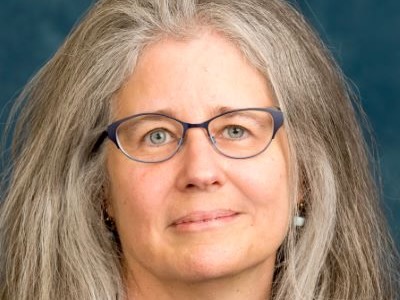 Researchers have used a variety of data sources and methodologies to independently document two disturbing trends: a halt to universal gains in life expectancy (LE) across US subpopulations, and a subsequent rise in educational inequality in LE since 1990—both of which take us further from achieving the high-priority national public health objective of population health equity. The timing of growing LE inequities suggests that the stagnating or deteriorating economic prospects of moderate income households in light of jobs lost to globalization and automation play an important role. Yet, this hypothesis has yet to be rigorously empirically tested. The impact of globalization and automation has varied geographically. We propose to leverage this geographic variation to study the cumulative effect of persistent and structural economic distress on mortality and growing educational inequities in LE. Another important question concerns the mechanisms through which LE disparities linked to exogenous economic trends have grown. Over time, which specific causes of death increased among the less educated or decreased among the more educated, or both? How might this vary by race, gender, age-group or locale? Beyond the accounting mechanics, we will also consider how different causes of death follow different biopsychosocial trajectories over the life course, conceptually guided by the weathering hypothesis. Weathering theorizes that cumulative and stress-mediated wear and tear on cellular integrity leads to accelerated biological aging, the dysregulation of important body systems by midlife, and the early onset of chronic diseases of aging, health-induced disability, and excess death, with their associated personal, familial, and societal tolls and increased health care costs. Growing inequity in LE is hypothesized to reflect the weathering effects of deepening and prolonged structural inequity and the cumulative physiological effects of the persistent high-effort coping such inequity entails over the life course. Our empirical approach is designed to test propositions predicted by the weathering hypothesis and also to test the strength of common competing hypotheses that have been forwarded to explain increased educational inequity in LE between 1990 and 2015. These competing hypotheses include focusing on the roles of smoking, obesity, medical care, and also on “deaths of despair,” such as opioid deaths and suicide. Placing specific causes of death that may have risen among the educationally disadvantaged in perspective with other causes of death that may have also increased, and considering them within a biologically plausible theoretical framework, is critical to the evaluation of the social, economic, public health, and health services policies that are likely to promote or impede health equity nationally and subnationally going forward.

Life expectancy disparities between more and less socioeconomically advantaged groups have enlarged in the US since 1990, a disturbing trend that has yet to be understood or halted. The proposed project will evaluate empirically common competing hypotheses to explain what drives these trends to inform intervention and policy development aimed at reducing and eliminating socioeconomic disparities in life expectancy.